I’m posting from Cottage Country, Ontario today!  It’s a really wonderful place to be.  An entirely different kind of vacation than Kate’s trip to Blogher in NYC last week but a vacation nonetheless and it’s been great so far.  I’m lucky to be sharing the cottage with two other families who are as interested in food as I am which means that on top of swimming and sand, bathing suits and board games our vacation has been all about some truly delicious food.  It also means that when it’s my turn to cook, I want to prepare something nutritious and tasty that can feed a crowd – we’re 6 adults and 6 kiddos under 6 – fairly quickly and easily.  In fact, it should be accomplished with a minimum of dishes so that I don’t end up in the doghouse with the resident dishwasher (the one guy up here who doesn’t cook). 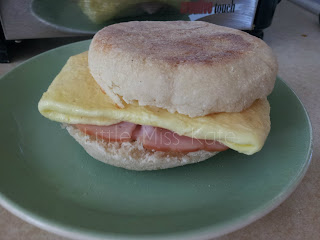 So, when it was my turn to plan something for breakfast, I was immediately reminded of “The Best Egg Sandwich You’ll Ever Have” post from A Cup of Jo.  I am a regular reader of Joanna Goddard’s blog and of Deb’s blog – Smitten Kitchen (the guest poster who’s recipe it is).  The two of them combined to produce this fabulous recipe for an egg sandwich that is fantastic, quick, and only requires one pan.  I was fast enough with them off the stove that I could put a sandwich on the table as fast as the muffin would toast.  Everyone had full tummies and smiles on their faces and it was easy as 1-2-3.  It’s the kind of recipe that you want to have in your back pocket for if you’re ever a house guest for someone and you want to be sure you get invited back.

The only down side, for a group like this, is that it’s not served simultaneously.  Though, I suspect that I could have prepared them all and kept them warm in a low oven.  Since half our group is pretty busy in the morning and in a hurry to get to the beach and the other half is looking for an excuse to sleep in, these sandwiches worked out perfectly for us. 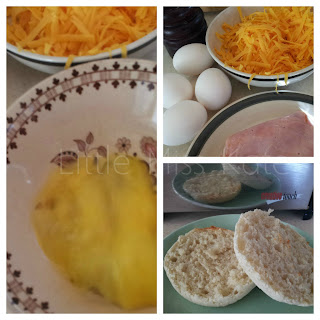 Directions
Put the ham on a plate in the oven and warm (or microwave it).  Put the bread in a toaster.   Heat a 9-inc skillet, preferably non-stick, over medium heat.

Beat one egg with 1/2 teaspoon water a couple pinches of salt and a few grinds of black pepper until just blended. Melt butter in your pan.  Pour eggs over the butter and roll them around so they cover the pan, as thins as a crepe would.

Immediately dump a small pile of grated cheese in the middle.  Toss any other fixing you wish on top of the cheese.

When it’s cooked (it’s done when poking into it won’t cause any loose egg to slip through to the skillet) fold the part of the egg closest to you over the cheese.  Repeat this on the three remaining ‘sides’ forming a small square.  Leave the folded egg and cheese in the centre of the skillet to cook another 30 seconds and then slide onto the toasted English Muffin (which has likely popped by now) and top with the warm ham and the other half of the muffin.

Eat immediately -You should try it.  You won’t regret it! 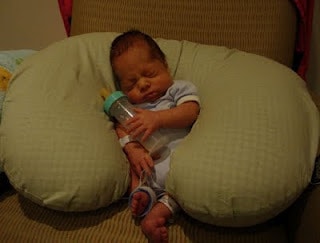 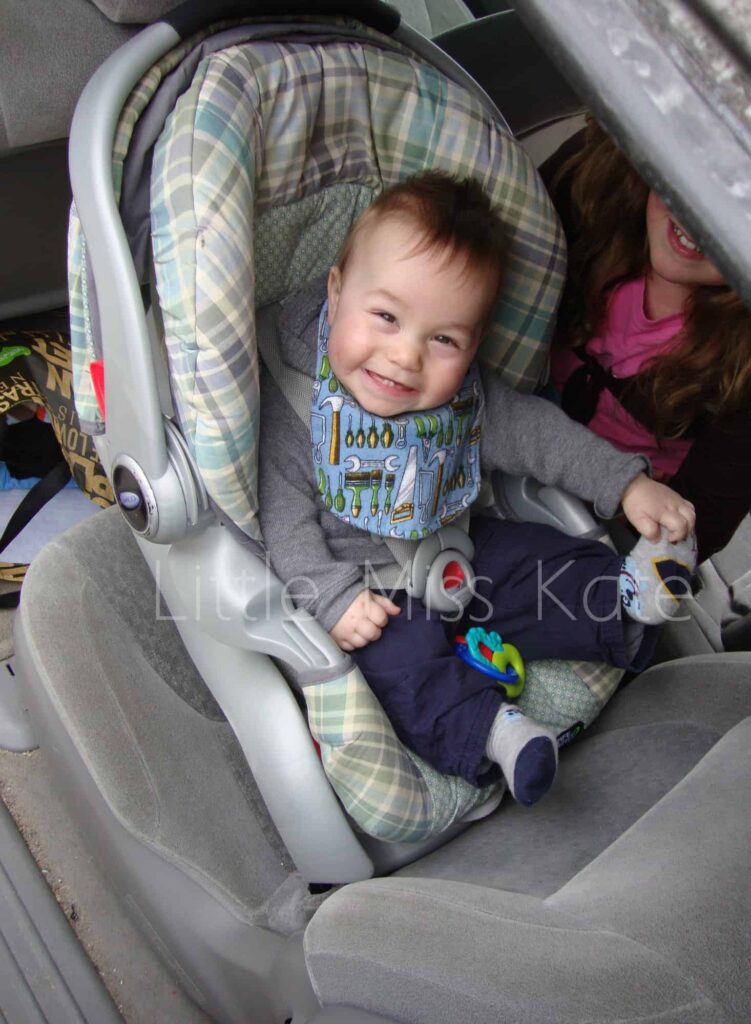