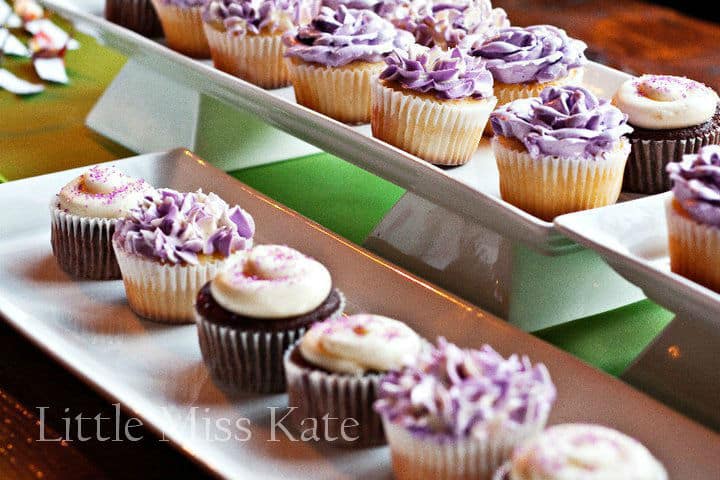 Hello, its Rebecca!  I feel like it’s been so long since we’ve chatted.  Looking back through the posts, I see that my last one was way back in May!  Of course, so much has happened since then.  My in-laws came and went, the reno has marched onward but is (!!) sadly still not finished.  We didn’t even have a functional kitchen or 2nd bathroom the entire time our guests were here.  It was some extreme family bonding time, let me tell you.  And of course my not-so-secret secret is that I also performed in a dance show.  Needless to say, these past two months have been more than a little busy.  Lucky for me, Kate was happy to fill my “Food for Friday” shoes while I was taking care of my other business.  Thanks Kate!

I thought that it might be nice for my first post back, to do something a little bit celebratory.  Luckily, my return also happens to coincide with Kate’s AC’s second birthday and a 65th wedding anniversary in my family:  the celebratory feeling was in the air this week.  So, in honour of AC let’s talk about buttercream frosting, shall we?  Here we go!

I should maybe preface all of this by saying that this isn’t so much a post where I teach you how to make buttercream so much as where I convince you that you must try this at home.  The buttercream frosting I’m talking about is more accurately known as Swiss meringue buttercream (SMBC).  It is the ultimate topping for any cake – light, creamy, not sugary or heavy, pipes perfectly, spreads easily, and takes on any colour or flavour you could want.

Are you convinced yet? Well, then let me show you how easy it is to make.  It truly isn’t challenging … however… I would advise against trying to put this together 30 minutes before the 50 guests arrive at your beloved’s birthday bash, youknowwhatImean?  There are quite a few good tutorials online for making Swiss meringue buttercream so if you need some more details than the ones I’ve provided you can check them out  here and here, and here and here.  I’ve written down my preferred proportions in the recipe that follows, keeping in mind that I don’t like a really sweet buttercream.  If you want something powerfully sweet you can increase the amount of sugar by a full cup.

To begin, find a pot that your mixer bowl can rest on top of without touching the bottom.  Fill this with enough water that when the bowl in sitting on top of it, it’s not touching the bottom of the bowl.  Bring this to a simmer on the stove.  Meanwhile, put the sugar, egg whites, and salt into the mixer bowl.  I don’t separate whole eggs for this recipe to get the egg whites.  I buy the container of just egg whites (“Simply Egg Whites” from Burnbrae Farms).  You might hear others say that these kinds of products makes for a less stable meringue but don’t worry, for this purpose it’s fine.  As a bonus, they’re already pasteurized and you don’t have to figure out what to do with 10 egg yolks.

Put the mixer bowl of egg whites and sugar over the simmering water (now a bain marie) and whisk lightly while heating until they reach 150 degrees F.  Use your candy thermometer to monitor the temperature.  If you don’t have a candy thermometer, you can test with your finger: the egg whites should feel hotter than warm but not painfully hot and if you rub it between your fingers, you wouldn’t be able to feel any sugar crystals.  Transfer the bowl to the mixer and with the whip attachment, start whipping!  You’ll likely find that you need to start slow (around 3 or 4 on my stand mixer) until they get frothy and then bring the speed up (to around 8).  Continue whipping 10 – 15 minutes until you have a meringue with stiff peaks that is cooled.

Now, switch to the beater attachment on your mixer and start adding the butter, a bit at a time, until it’s entirely incorporated.  If your buttercream starts to look soupy part way through, that’s normal.  Just keep beating.  If the buttercream starts to look curdled part way through, that’s also ok.  Just keep beating.  Does something feel strange about it and you’re certain you’ve made a mistake and you’ve been beating for a couple of minutes and nothings changing?  Also normal. Just keep beating.  Got the message?  That’s what’s so brilliant about the buttercream.  There’s no problem that I can think of that can’t be solved by more beating.

Add the vanilla, or flavouring of your choice (sky’s the limit but we tend to make a lot of lemon around here) and continue to beat until well mixed.  The buttercream is now ready for your cake!  It can be made up to a week in advance and stored in an airtight container in the fridge.  It also stores well in the freezer for about 3 months.  Leftovers top cupcakes quite nicely, I find as well.  If your buttercream is cold, be certain to give it time to properly return to room temperature before you use it.  You can beat it again just prior to frosting if it’s been chilled.

**Temperature is something you might want to think about when making buttercream.  I live in a house that’s cool in the winter (< 18C) and downright hot (> 30C) in the summer.  I sometimes have to fight these temperature swings when making buttercream.  If you also live in this kind of environment, keep reading for tips on how to get your ingredients and your meringue at a more typical ‘room temperature’

For your meringue: A tip I saw somewhere was to touch a bit of meringue onto your bottom lip.  It should feel just slightly cool.  If that’s the case, you’re ready to go.  If the meringue is still a tad hot you can put it into the fridge for 5 minutes (no more!) or continue to whip for a minute or two while holding an ice pack along the sides of the bowl.  It’s over 30 degrees Celsius right now in my city and I don’t have air conditioning.  I had to use a bag of frozen peas to cool down this bowl of meringue – it’s that DAMN HOT (just as an aside).  If your kitchen is actually ‘temperate’, beating the meringue for 10 to 15 minutes should produce a meringue with perfect peaks and at just the right temperature.

For your buttercream:  If you added the butter and it was a bit too cold, it may take a lot of beating to get rid of the curdled look and move on to the smooth stage.  A pair of warm hands, or a wash cloth that’s been soaked in hot water placed around the sides of the bowl will bring everything back up to the right temperature reasonably quickly.

And that is it!  Are you ready to try for yourself?  You won’t regret it!